I love Lena Dunham.  I love her book 'Not That Kind of Girl'.  She's not only far wiser than I was at her age, but she is wiser than I am now (and I'm half a decade older than her).  I've already read it twice, and it's the sort of book I expect to dip in and out of for years still to come.  She strikes me as a very kind person, as well as (obviously) very clever and talented.

It feels odd.  Some passages in her book take me back to a time (not that long ago) when I was a lot surer about things.  I know I've alluded quite a lot lately to some Big Changes in my life.  Well, one of those (among many, actually) is that my boyfriend who I lived with for 11 years and I decided to separate.

As Lena says in her book, like touching wood: 'I know life is long and people change'.  That is exactly the sort of thing I used to say, maybe in those exact words, but only as a superstition.  I didn't really mean them.  I should have.

It makes me feel a little bit sad.  Not for her, for me.  Not for her because she doesn't need it - much as I like to think otherwise, we are not the same.  She doesn't need me.  Maybe she is right.  I wasn't.  Actually I kind of was.  And that's the thing.  It's OK.

If we can't believe in the triumph of hope over experience, then what have we left?
Publié par ECW à 17:41 Aucun commentaire:

Look what my brilliant publisher made!  So cool.

(They are actually USB things, in a pleasingly retro/modern twist.)

Oh, and they are to promote my novel 'My Secret Rockstar Boyfriend' - out on 4th June! 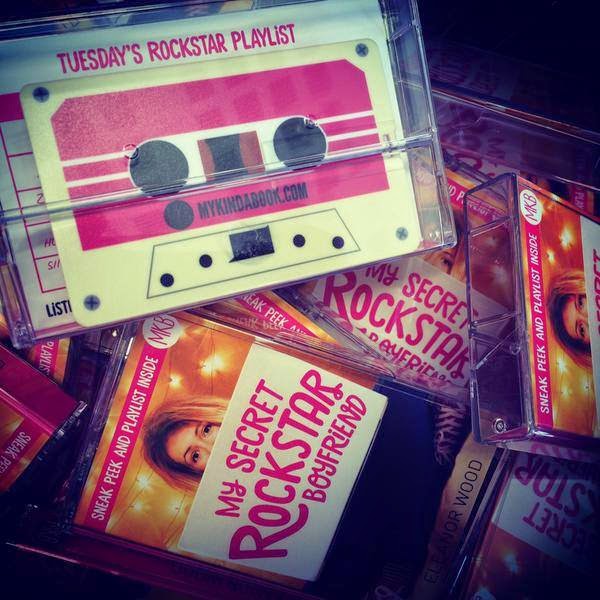 Not That Kind of Girl

Trying to channel the brilliance of Lena Dunham, I currently have 'Girls' DVDs on a continual loop while I sit on my sofa writing.


I have also got changed three times today because none of my clothes have felt right.  We all know that feeling, yes?  (Please say yes.)

I have long loved Miranda July, ever since I went to see 'Me and You and Everyone We Know' by myself on a weekday afternoon in Soho after a job interview.  I think she's brilliant, and love all of her multimedia adventures.

About this, her first novel, I have only two words.  READ IT.

I have never read anything like it in my life, in the most disturbing and wonderful way possible.  I didn't know it was possible for a book to stir up some of the feelings it did.

Although it seems to have been everywhere for a while, I actually knew very little about the story itself before starting, and I suggest you do the same if at all possible.

I have already given my copy to a friend (who has finished and loved it) and bought a copy for another friend.  It's one of those books that I am desperate to discuss with other people.  Please tell me your feelings on  it!
Publié par ECW à 20:46 Aucun commentaire: