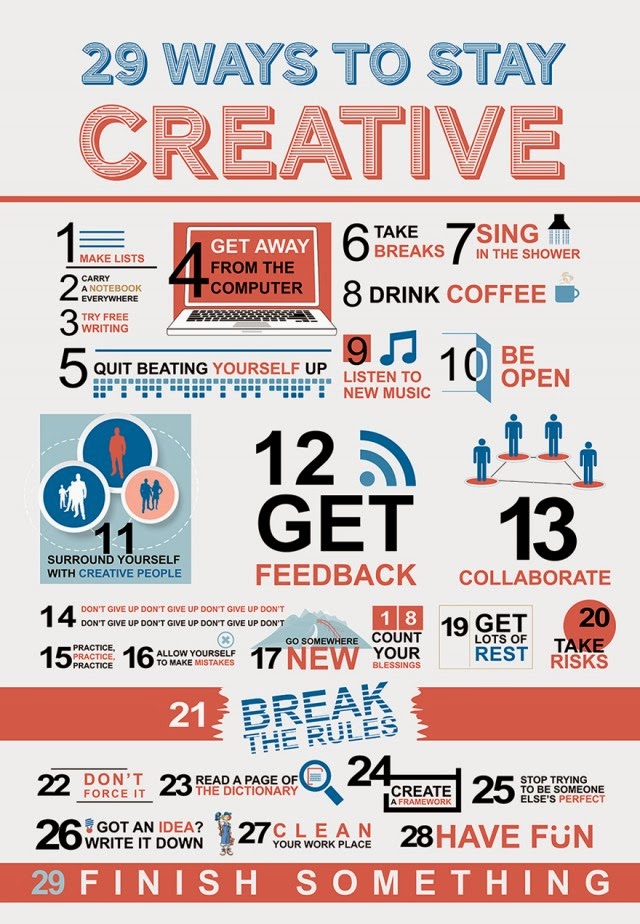 OK, this is kind of cheesy and I don't agree with all of them.  But it is in fact potentially quite useful and I just liked it.

It was a little while ago now, but in case you missed it (ha!), I wrote a little guest blog post on the topic of Making Wishes - one that is very close to my silly, childish, superstitious heart.

I love the Tea Party Princess blog and particularly enjoyed writing this one - plus, the introduction is very kind and generous,and made my day.

You can have a read here, if you would like.

So, my boyfriend came back unexpectedly early from band practice.  Obviously he found me:

Yep.  That's what I like to do with a free evening to myself.  So cool.
Publié par ECW à 09:30 Aucun commentaire:

I loved this book so much.  I love Bernadette (and Bee) so much it's ridiculous.   There are characters and scenes in this that will stay with me forever.  I love a modern take on an epistolary novel, it must be said.

I only found out after I had read the book, that the author was also a writer on Arrested Development.  Suddenly, in retrospect, this made perfect sense.  They are very different things, but they have something intangible in common - something I really liked.

I came to Arrested Development really, really late.  Especially shocking as I have a bit of a crush (predictably) on Michael Cera.  A girlfriend lent me the lot on DVD and I watched them practically in one go.

I can obviously see why it became such a huge cult hit (if this isn't a contradiction in terms) - well, um, it's hilarious, clever and weirdly touching.  Where'd You Go, Bernadette? is kind of the same.
Publié par ECW à 11:37 Aucun commentaire:

Garbage are one of those bands that I always feel mildly embarrassed about liking back in the day.  They were never my favourite, but I *really* liked them.  Seeing them at Reading festival (1997? 1998?) was one of my highlights that year.  When I was rushed to hospital and had emergency surgery when I was 17, I remember being particularly stressed about only one thing: missing out on seeing a Garbage gig that I had tickets to.

At the time, I thought Shirley Manson was very cool.  However, I think the main problem with Garbage was that they were always one of those bands that seemed more like a corporation than a gang.  Which is not cool at all.

However, having dismissed them as a throwaway mistake of my youth, I found myself listening to some of their old songs.  And, amazingly, they hold up.  There are some good pop songs mixed in there.  (There is also some crap, but the 90s were a funny old decade.)

Their first two albums are pretty good.  Even the third has a couple of decent moments.  I wouldn't know about anything beyond that, as I have never heard any of it.  (How many albums did they actually make?)

Anyway, Garbage weren't totally shit.  Nobody was more surprised than I.

One of my girlfriends is really good at finding great blogs and then telling me about them - all the coolest and most aspirational ones.

We are currently into The Londoner, a Chelsea gal who is preternaturally beautiful and glamorous, but also seems like a jolly nice person.  We like her, even though we should probably just be filled with envy-induced rage.

Somewhat predictably, rather than being drawn to her posts about high-end fashion and London nightlife, I have become obsessed with her recipe for eggs.  I cannot stop eating it for dinner.  Although mine tends to be a slightly lesser version cobbled together with the random contents of my fridge.  There's probably a very telling metaphor in there somewhere.

Actually, I've been listening to this quite a lot lately.  My boyfriend re-bought an Echobelly LP at a record fair a while ago, and it's surprisingly good.  Unexpectedly, it holds up.

Look out for Dale Winton at the end!

I was very much on the edges of Britpop, at the age of about 14.  I was a die-hard Nirvana fan, and then more into things like PJ Harvey and Bjork, but there were some really fun bands and I bought a lot of the singles mentioned.  I bought Wonderwall, of course.  I (obviously) liked a lot of the girlier bands such as Kenickie and Echobelly.

My boyfriend has a great theory about how you can gauge the strength of a  musical era - by its minor, B-list bands rather than the big players.  If you use this theory, it means that I was lucky enough to be in my early teens at a time when Echobelly were not even my favourite band.  If they were around now, I would be all over them - they'd be the best thing on the scene.  There were loads of great throwaway bands in the mid-90s: Supergrass, Sleeper, Lush, Garbage, Elastica.  Um, Menswear?

This documentary is a bit overblown and hyperbolic, but that's quite fitting, and I really enjoyed it.  Worth a watch.
Publié par ECW à 15:39 Aucun commentaire: