You know that saying 'comparison is the thief of joy'?  I think it might be a quote by a dead American president or something, but I'm not sure which one.

Anyway.  I pull that one out all the time.  I'm always quoting it at friends, probably annoyingly.

It's something I like to think I'm pretty good at.  I'm not a jealous person.  In fact, people who know me would probably say I am remarkably not jealous (i.e. to the point of weirdness).  I don't begrudge people things.  Not to say this is because I'm, like, *such* a nice person or anything.  Mostly because it wouldn't occur to me.  Besides, seeing other people do and get good things is inspiring in the best possible way.

Again - anyway.  I was thinking about that quote tonight, and it occurred to me (I'm a bit slow) that I might have got it wrong.

'Comparison' doesn't necessarily, as I assumed, mean comparing yourself to other people - worrying about what other people have, or what they are better at than you, and feeling rubbish by comparison.

There are so many other kinds of comparisons than that.  Comparisons can be with yourself, rather than with other people - they can even be the comparison between real life and total fantasy.  Comparing life now to life when you were younger, happier...  Comparing your situation now to the past, when things seemed so much easier, even though they had to change and there was really no way around it.  Constantly wondering what your life might be now if only you had done things differently, worked harder, been better...  'If only' is definitely a comparison.  So, yes - it is probably also a thief of joy.

Yep, I kind of like the whole Galentine's Day thing.  And, fortuitously, I am going out to dinner tonight with a gang of girlfriends.

So, tomorrow will be my first Valentine's Day 'on my own' in over a decade…  It's funny.  In recent years, I never liked to make a big deal of Valentine's Day, and would mostly just feel nostalgic for the long-ago teenage times when I would spend the evening hanging out with my friend Rachael, eating Pop Tarts, watching soppy films and moaning about our (usually unsuccessful) crushes.  In those days, Valentine's Day seemed FAR more important than it ever does when you're a grown-up with a flat and a job and an actual real-life long-term boyfriend.

Still, I always think in life that if your options are: a) be a miserable bastard, or b) have fun even if it's cheesy - surprise, surprise - it's always best to go with Option B.  So, my boyfriend and I would always go out to dinner or do something.

I will always remember the first Valentine's Day we were together…  I would have been (bloody hell) 23 - such a baby, and I was SO excited to have a proper Valentine's Day boyfriend, I organised a surprise Eurostar visit to Paris and dinner at my favourite restaurant in Montmartre.  I still have the menu from that night up on my kitchen wall; maybe one day I'll take it down.  I made him a card that said 'Happy Valentine's Day - don't ever leave me because then I would have to kill you and that would be sad'.  Like I said, such a baby.  In the end, no one person really did the leaving and fortunately at the time of writing nobody is dead.

This year, I don't feel sad so much as…a bit weird.  Well, and a bit sad.  That seems so often to be the case at the moment.  Which is OK.  Like I said, nobody is dead.
Publié par ECW à 17:11 Aucun commentaire:

I'm too young to feel so old.

Tonight I am writing - and I'm calling THIS research.

I loved Kenickie so much.  They were like the cool girls at school - kind of proof that maybe you could go out and do it yourself, if you really wanted to.

I know things have been quiet around here, but I have been vastly cheered and excited by the fact that my brand new book MY SECRET ROCKSTAR BOYFRIEND now actually exists in physical form!

It will be published in June, but printed copies of it have already been made!  One is even on its way to my house as I type!

I'm so stupidly excited about this one.  I had the absolute best fun writing it.  It features so many of my favourite things: music, festivals, beautiful rock boys, blogging, charity shops, fancy dress...  The list goes on and on and on!  It stars a girl called Tuesday, who I love so much I can't even explain it - not to mention her secret rockstar, Jackson, who I quite love as well.

I love the cover (which is a big relief as well as a delight).  I think the records on the back cover may be my actual favourite bit.

Hope you love it if you read it when it comes out in June (in time for Glastonbury, of course!) 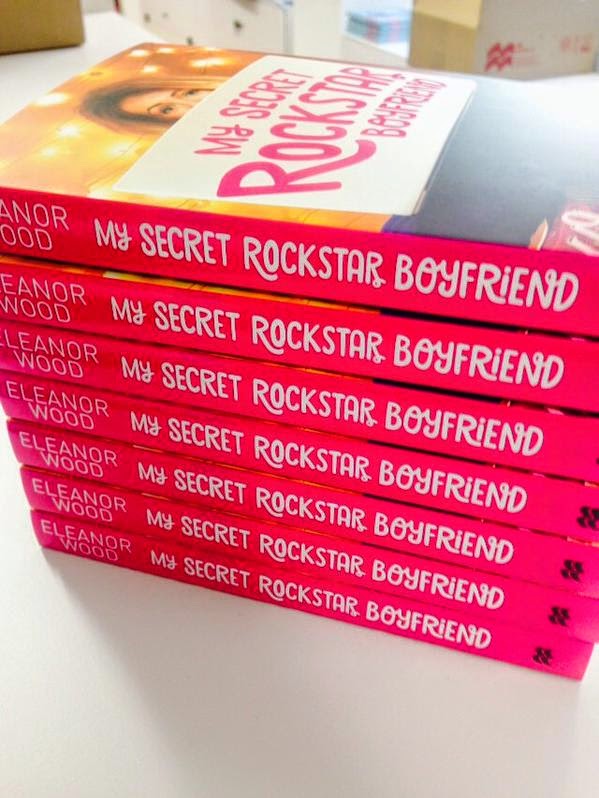 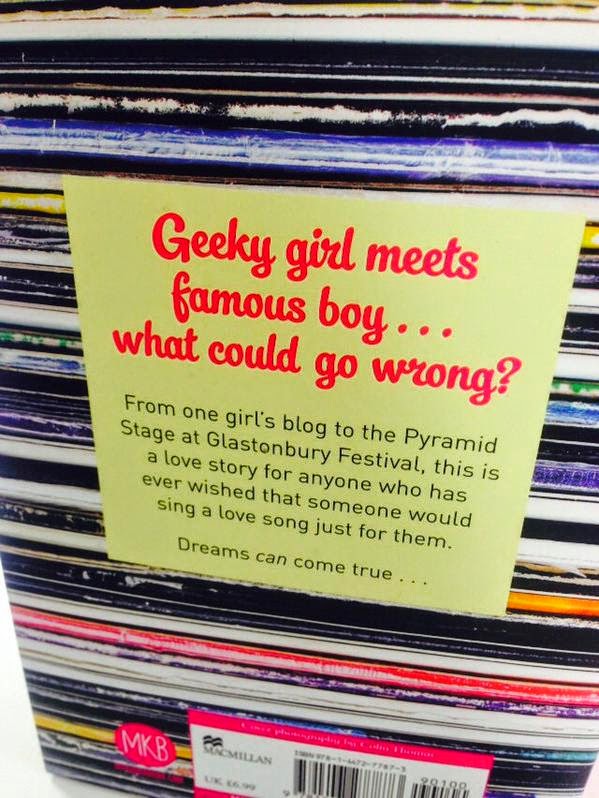 Here I am over at my other little site, explaining myself, a little - and what it is (cheese alert) to Be A Writer.