What is your default response when someone pays you a compliment?  I'm guessing you're like me, so it's probably 'HA! HARDLY!' and/or 'are you taking the piss?' and/or 'have you MET me/you should see me first thing in the morning/if only you REALLY KNEW THE TRUTH'.

So, I have a new friend who I've been working with at the moment - she is a German lady in her mid-forties; she is a mum of two teenage girls; she looks like a south-west London Claudia Schiffer; she is MAGNIFICENT,  At the moment, it feels like I've been coming home every day and telling my boyfriend tales of just how amazing she is.

She is incredibly gracious and sure of herself all at the same time; she doesn't take any crap from anyone, whilst still being absolutely charming.  She's amazing and I want to be her, basically.

The thing I've noticed about her most of all is that, whenever anyone pays her a compliment, she takes it beautifully.

She genuinely looks about my age, and I was taken aback when I found out she is nearly fifteen years older.  When I expressed my surprise, she calmly said: 'a lot of people seem to say that - I must have really good genes, as my mother still looks very young, lucky me'.

When I admired a gorgeous photograph of her, she said: 'yeah, it's actually really nice, isn't it?  For some reason I tend to be quite photogenic'.

On the other hand, she commented the other day on how I was lucky because I am 'very slim' (I KNOW, I'm literally chewing my fist as I write this).  I harrumphed, blushed, told her she was a complete fucking mentalist, and she looked astounded and then a little bit offended.

I think it's a cultural thing, maybe? I also think it's because, as far as she is concerned, these are just facts - neither compliments nor insults, just facts and observations.  Ach, it's late, I'm drinking a glass of wine, I'm not analysing.  But I have decided one thing: next time someone says something nice to me, I'm going to try to be way more German about it.  I suggest you do the same.
Publié par ECW à 20:01 Aucun commentaire: 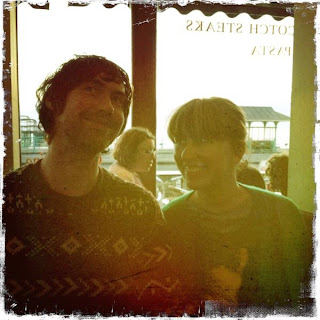 Me and Jimmy, photo by my friend Jonny, in the Regency, Brightonia.
Publié par ECW à 20:08 Aucun commentaire:

Man, You Are IN The Bell Jar!

Which, in my humble opinion, is a perfectly written book.  It may be my favourite, definitely top three.

And if I had to pick a quote to sum myself up, it would be thus: 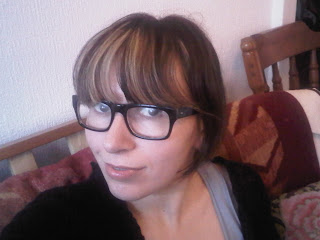 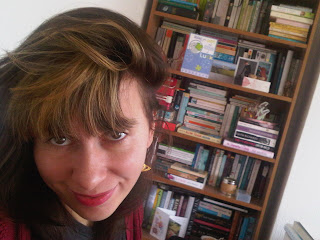 Probaly not the most flattering photograph, but probably accurate.  Accurate recording is more important than vanity, I think.  On principle, I hate it when people only post flattering (usually inaccurate) photographs of themselves.

As I said, I've already (re)found my soundtrack for this year: I literally cannot stop listening to Steely Dan.  Perfection, for any time, but especially now.  It reminds me of sitting in the back seat of my dad's car and singing along when I was little (I thought it was 'are you gathering up the tears/have you had an awful mind?'. among other things), and hopefully of good times ahead.
Here are a few of my favourites, for your delectation and inspiration:

Also, all the Steely Dan has inevitably got me all obsessed with Theresa Duncan (again).  I'm so cyclical.

Have a read and then try telling me you don't feel the same (after you've read everything the Internet has to offer on her and Jeremy, if you're anything like me).  Like so mant of my favourite things, it's a tragic story but one that I hope it's not inappropriate to say that I find ultimately uplifting.  I am ludicrously excited for the Bret Easton Ellis movie.
http://www.vanityfair.com/culture/features/2008/01/suicides200801
Publié par ECW à 13:10 Aucun commentaire:

I rounded off the year with an 11-mile run along the cliffs, in a new Stella McCartney running top I got for Christmas - perfect.

It also seems that I have found my soundtrack for 2012 - I have been unable to stop listening to Steely Dan.  Something about them is definitely talking to me at the moment...

My New Year's resolutions are simple: to try to do my local Park Run at least semi-regularly this year; to see more of my best friends and family - more time with the people I love, less with those who aren't worth it.

I've booked this week off work, too - so I'm not back at the 'dayjob' until 9th January.  Nice, but undoubtedly foolhardy.  I'm enjoying it while it lasts.  I will be keeping office hours - writing furiously, running and eating healthily.  Today, I am planning to write straight through until 6pm, at which time I will be heading out for an evening run with my friend Camilla.  My perfect schedule in action; now I just need to figure out a way to make it last.